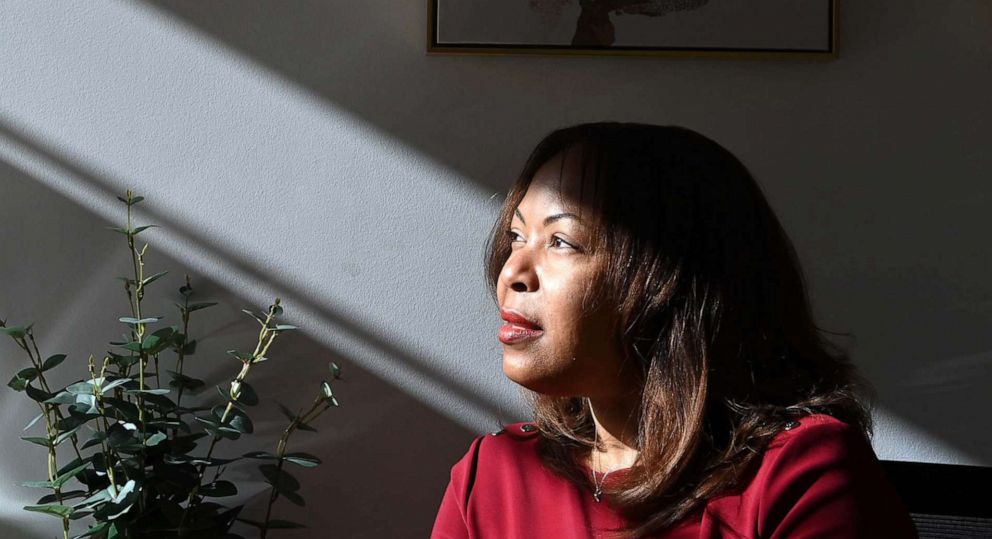 Cryptocurrency: Why some see it as a way to financially

Can cryptocurrency become an alternative financial system for people of color who have historically faced discriminatory banking practices? Some crypto enthusiasts of color who spoke with ABC News say they believe so, even despite the crash in the price of digital currencies.

Worries about the volatile cryptocurrency market also leave some wondering whether turning to digital currency could financially hurt people of color, who generally have less net worth and generational wealth than white people, rather than help them.

Black and brown people have a history of being “underbanked” and discriminated against by traditional financial institutions.

Many low-income Hispanic and Black households have little-to-no bank access, according to research from the Federal Deposit Insurance Corporation.

At least 40% of Black Americans are under or unbanked – 13% are without a bank account and 27% rely primarily on other financial services that do not fully meet their financial needs, according to the Federal Reserve.

An analysis of Home Mortgage Disclosure Act data also found that of all mortgage applications, Black borrowers had the highest denial rate of 27%, followed by Hispanics at almost 22%.

And several investigations about discrimination by several banks, have shown that people of color have been charged more for banking fees or higher interest rates than their white counterparts.

Teri Williams, the president, COO and owner of OneUnited Bank, one of the nation’s largest Black-owned banks, told ABC News that “banking while Black” is a phrase used to describe discriminatory banking practices.

“There are many reasons for the large percentage of unbanked or underbanked Black Americans, including lower median income and education, less access to banking services due to a lower concentration of bank branches and a higher concentration of check cashers in Black communities, and systemic racism,” she said.

She says many Black Americans simply feel unwelcome when they walk into most national bank branches.

Even Black-owned banks have struggled for adequate investment funding and don’t have access to the same resources as large banks.

Cryptocurrency became a space, she says, where communities of color could support and connect with one another without having the red tape of financial systems, according to Olayinka Odeniran, the founder of the Black Women Blockchain Council.

“Everybody always felt that we don’t really care about investing or budgeting,” said Odeniran, who is also a cybersecurity expert. “But in essence, we do. It’s just that historically, we have not had resources that allow us to tap in beyond risk, gaining some monetary freedom that’s beyond paycheck to paycheck.”

However, the recent crash of a popular stablecoin and the dramatic fall of Bitcoin from nearly $69,000 to below $22,000 in just about two years (at the time of publishing), highlights some of the hazards and risks that come from decentralized financial systems.

The cryptocurrency market crash erased billions of dollars and sent investors into a tailspin.

Even cryptocurrency’s most enthusiastic cheerleaders acknowledge the potential risks and instability that cryptocurrency can have. Its volatile marketplace and the prices of coins can change quickly and regularly, putting one’s money at stake. The market is also rife with scammers eager to take advantage of users.

Still, some say it’s not much different than the ebbs and flows of the stock market.

“Even though we’re experiencing a bear market right now, historically, Bitcoin is still on the up and up,” said Mesidor. “This is a currency that no one paid attention to and now it’s sitting at around $20,000.”

The volatility of the market is one of its major risks. When the market crashes, people of color are likely to be included in the wreckage.

Crypto is so volatile because it isn’t backed by anything intrinsically valuable besides the public interest in it, according to Forbes, whereas the U.S. dollar is backed by the government.

This means that different currencies can drop their value or soar in a day. People can lose money, or potentially owe more on their crypto-based loans, in an instant.

Another risk for those operating in the crypto space is falling prey to scammers, who have taken advantage of a decentralized market rife with a growing number of potentially uneducated newcomers.

Reported losses to crypto fraud in 2021 were up nearly sixty times the losses in 2018, according to the Federal Trade Commission. Without a third party to flag fraud or suspicious activity, or reverse payments, more than 46,000 people have lost money since the start of 2021 to crypto scammers.

A report from the Pew Research Center found that Black, Asian and Hispanic people are more likely to say they have invested in, traded or used a cryptocurrency like Bitcoin or Ether.

“People of color sometimes have difficulty going to get a bank loan or going to get some sort of assistance from the government or a way to start their business and they’re turned down,” said cryptocurrency enthusiast Steven Bumbera. “Crypto doesn’t care.”

Cleve Mesidor, the executive director of the Blockchain Foundation, said that people of color are using crypto as “an alternative financial system to operate” without discrimination.

Enthusiasts contend the benefits of managing money on blockchain technology outweigh the risks for many people of color, and they’re sticking with it.

When using crypto, it can cost almost nothing and takes almost no time to transfer money to anyone in the world at any time, although it depends on the type of crypto.

For crypto-backed loans, borrowers can be given money from an exchange or lending agency without having to worry about racial discrimination.

Enthusiasts like Bumbera say they like that anyone with a smartphone can access cryptocurrency, without the red tape of banks or government institutions in which it takes days and costs fees or interest rates to do the same.

They also say crypto can be used to fund businesses and organizations directly without donations being penalized by a third-party to transfer the money.

However, for the wave of people of color working within the market, Williams says that this new financial frontier is bound to come with risks and challenges.