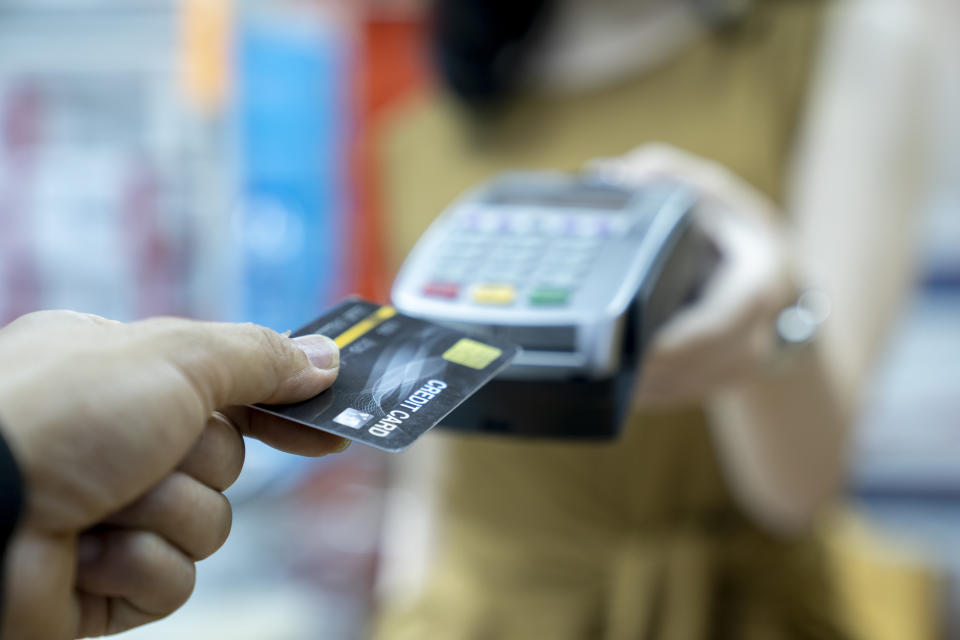 Credit card interest rates are ‘the highest they’ve ever

Average annual percentage rates (APR) for new credit cards have reached a record high. The average bank card borrowing rate in America in June rose to around 20%, revealing a steep increase of about 6% compared to the pre-pandemic average credit card rate of 14.87% in 2019.

“Credit card interest rates are basically the highest they’ve ever been. I’ve been watching credit card rates on a monthly basis for more than a decade now. And it’s the highest that they’ve been since I’ve been tracking them,” Matt Schulz, LendingTree (TREE) chief credit analyst, told Yahoo Finance Live (video above).

Schulz predicts that consumer borrowing costs could continue to rise significantly. “The troubling truth is that we’re nowhere near where the top is going to be,” he said.

The increases are the result of 3 interest rate hikes carried out by the Federal Reserve in recent months to combat surging inflation. In June, the Fed increased rates by 75 basis points in mid-June, an aggressive move that put the federal funds rate at 1.75%, up from zero in March 2020.

America’s credit card balance rose to $840 billion in the first three months of 2022, according to data released by the Federal Reserve Bank of New York on May 10. The increase is in line with the steady upward national credit card debt trend since 1999. Schulz pointed out that this is not likely to change as debt growth is expected to continue even as money becomes more expensive.

“What we’re seeing right now is actually card debt increasing,” he said. “The only time that we’ve seen real meaningful decreases in credit card debt since the Fed began tracking credit card debt back in the ‘60s is in times of great economic crisis, like the Great Recession, like the very beginning of the pandemic.”

Schulz offered some advice for consumers feeling the pinch, suggesting borrowers negotiate with their lenders for lower interest rates and take advantage of balance transfers.

In an April Lending Tree poll, about 70% of people who asked for a lower interest rate on their credit cards in the past year were successful, Schulz said. “And it indicates that it’s not just people with 800 credit scores who are getting their way,” he added.

Although the odds of successfully requesting lower APR from lenders has dipped in recent months compared to prior years, it’s worth the effort. “The average reduction that people reported was seven percentage points. That’s a really significant decrease. So it’s absolutely worth your time.”

Click here for the latest personal finance news to help you with investing, paying off debt, buying a home, retirement, and more

Read the latest financial and business news from Yahoo Finance

Download the Yahoo Finance app for Apple or Android